Apparently Google Reader is not going to be used from tomorrow!!

If you still want to follow me you can on Bloglovin click the link on the side :)

I promise I will get back to blogging :) I am really rubbish at the moment with everything, I am at that stage where I really need my injection...

If anyone still reads my blog..... the competition ends tonight!!!

At the beginning of May I was sent a beautiful Personal Purple Saffiano as part of the “Set the Scene for Summer Challenge”. For this challenge Filofax’s PR company asked for us to use the Filofax sent to us and capture summer, with yourself, friends, family etc.

I had a really good idea, but due to the weather I could not do it, my plan was to get a few friends sitting on a bench looking over the beaches, holding their Filofaxes open, and I take a photo from behind. As I could not organise this because the people I wanted to use for the photo were unavailable and the lack of a summer, I came up with another idea, a lot simpler. It was still quite effective, my idea was me to be holding the Saffiano in front of some flowers, that went well with the organiser, that would make it look pretty and stand out, I originally had some violet flowers in mind but the rain killed them off.

I had a look around my garden to find some perfect flowers and found these beautiful pink flowers, (I am no flower expert) and decided to hold the Saffiano up and take a photo (the sunlight was added after as it was a very miserable day). 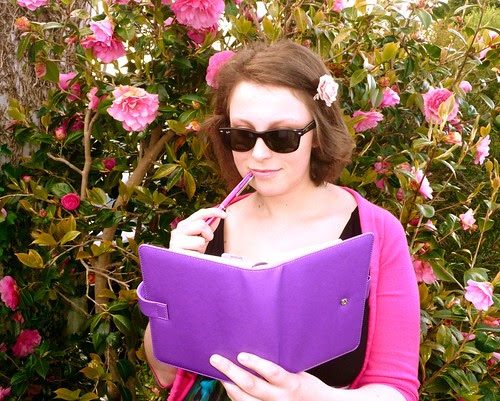 You can go and vote for this picture to win on Facebook, on Filofaxes page, CLICK HERE TO GO TO MY PHOTO, or CLICK HERE TO SEE THE WHOLE ALBUM. IF you vote for me and I win, that is a huge IF as there are some really amazing entries on there! I will get 5 Filofaxes to give away to my readers! And I know how much you all love to win Filofaxes, so here is your time to win a lovely Filofax, I am not sure on which you will win, but I am sure it will be worth it! If I come second or third I will still get Filofaxes to give away, so do not give up if I am not in first!

Share my picture as much as you can and get as many to like it as possible!!!

You have until Friday 21 June to do this!

I thought whilst I had the Saffiano I should do a review, I was very presently surprised when I received this organiser! I never expected it to be as beautiful, the colour is amazing! But it is very hard to show in photos I have found. 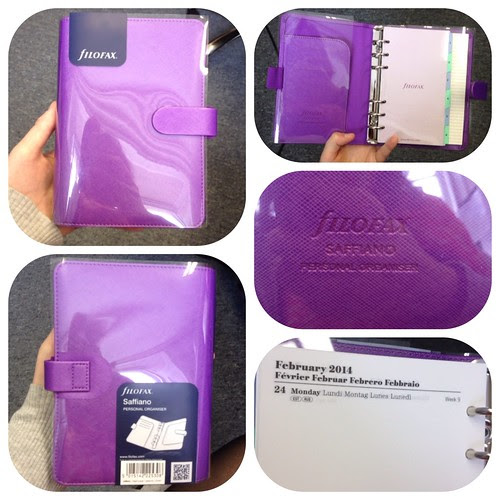 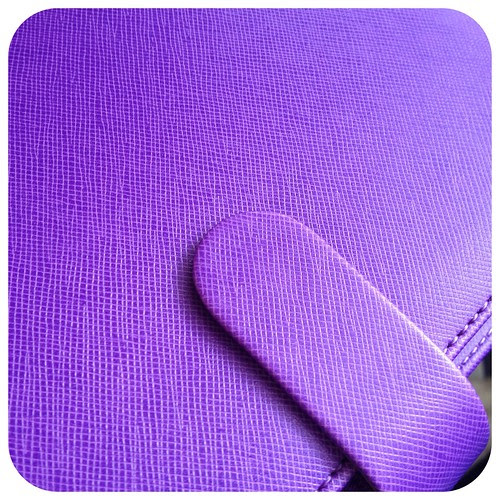 It has some amazing features which I will go in to in a second! 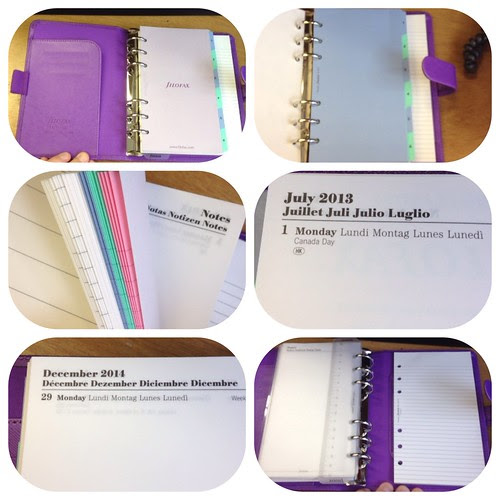 The material feels lovely, it is man made but it has a lovely texture, you know it would not slip out of your hand, and I know that some Filofaxes I have had in the past were a little slippery and I dropped them!

When you open it up, you see a secretarial pocket on the left hand side with 3 card slots. The pen loop is also on the left hand side which is quite unusual, as there usually on the right side (I think) it is ALSO elastic therefore no issues with pens not fitting! YAY. At the back instead of a pocket there is a place to put a notepad, so your able to carry spare notepaper everywhere you go! Its not a pocket like they usually do for a notepad but it is a slide in style so it just covers half the cardboard at the back. 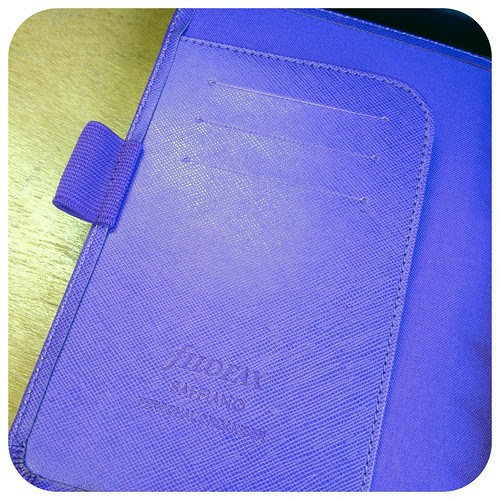 One thing I love about the new Filofaxes is they no longer have the standard thing behind the fly leaf, they now instead have a sheet that just says Filofax that compliments the binder, it looks a lot better than seeing the diary first. Also they appear to of changed the layout of the inserts, all notepaper is at the front with the diary at the back, which works out well for the beginning of the year as you have paper to lean on! Mine came with a diary from July 2013 to December 2014, so you have plenty to keep you going!

One thing I like is the new packaging the Filofaxes come in, I know it is not as sturdy, but it means you get to look at it and see what it looks like without having to get it dirty, so when you take the plastic cover off it feels new and clean!

I have to be honest and say, I like the plastic cover on there, I haven’t taken it off and I am using it for 2014 appointments as it goes very well with Millie!

Thank you Filofax for letting me take part! 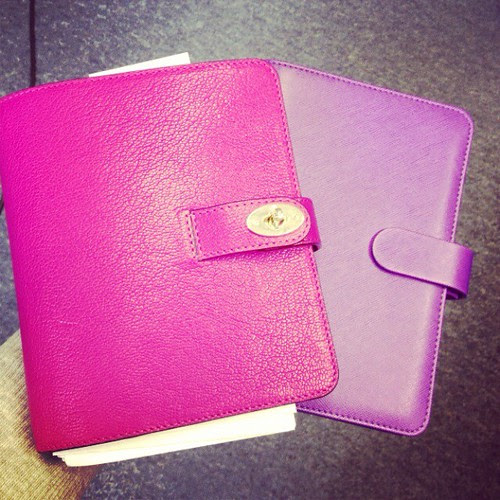 Here is the long awaited Part 2 to my Parragon Life Canvas review. I am sorry about the delay!

At the bottom there is a competition to win some of their lovely stationery!

First of all it is the beautiful Diet Doodle Diary – I cannot wait to try this, but I am saving it until after my operation as I do not want to waste it!

I had a full look through last night and made lots of notes, so I can tell you so much about this.

First thing I MUST say is at £10 this diet diary is amazing! The features it has and all the information you can put it, it really is worth it. 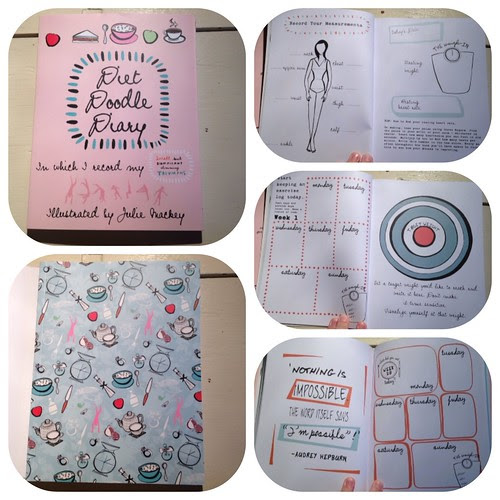 As you can see it comes with a lovely pink cover that has the title written on it and some pretty pictures, BUT you can remove this dust cover and unveil a simple pattern of food and bits in case you do not want people to know about the book you are carrying around, you can see that just below the main cover.

This idea is amazing! As I don’t know if I would have the cover on.

Once you open it, it has a lovely introduction to the book and it gradually eases in to the hard part….

Entering your weight, measurements and heart rate, but if you do not know how to work out our heart rate, your lucky, it has instructions!

Once you fill this out there is a section to enter your target weight, which is on a bulls eye, you can see above in the picture.

I am sorry I haven’t taken more photos at the moment but I will take loads and show you all the features once I start filling it out!

The diary is so you can record 30 weeks of food diary and exercise diary, each week on the last bit has a little scale to write in your weight, measurements and heart rate, they try to keep you updating this so you can see your overall change.

Each week has a different pattern, some with more colours than others.


The book is also full of quotes, after looking though I found my favourite:

“Nothing is impossible, the word its self says I’m Possible”

The quotes are a really good motivation aid!


At the end of the book there is a place, similar to the first section to record your final weight, measurements and blood pressure. So you can have a way to see how you have done.

Overall I think this is a magical way to lose weight as it is such a motivational aid!

You can see why I slimmed this down in to two posts now can’t you!!!

The other item I have to review is a Notebook Organiser Set, well I have two, the one I am keeping which is in the Popart design and I have the Butterfly one which is part of the giveaway.

These little organiser sets are really lovely as you can see from the photos: 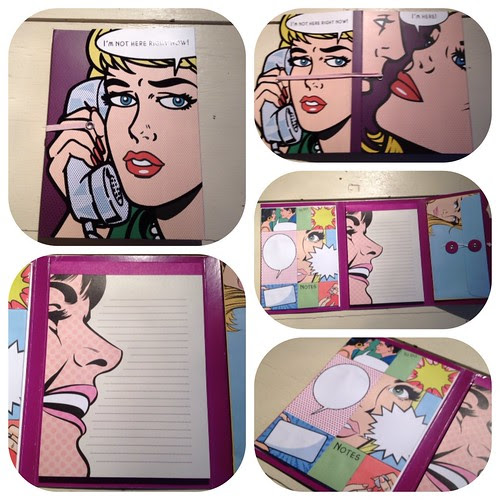 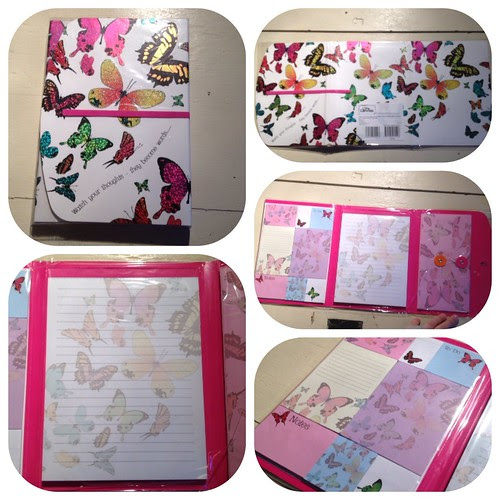 As you can see, each one has a notepad of A5 paper, with a pretty pattern all over it which is perfect for writing letters, which is what I am planning on doing, even though I am awful at writing letters.

You can see a test of the paper, it was only a basic test, it is thin paper but it is perfect for a biro or a gel pen, as you are unlikely to use a permanent marker or highlighter on a letter! 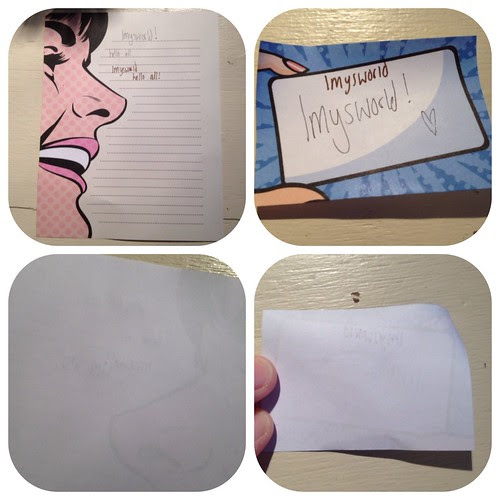 There is also a selection of sticky notes on the left hand side, each with a different pattern, they seem quite sticky and I love the vibrant colours of the Popart and the pastel pretty butterflies!

Lastly, it has a little pocket, like an envelope, which you could put letters you receive in ready for replying!

These are perfect for a present or to give someone who likes writing letters to people.

I am very much looking forward to trying out all the new products from the Life Canvas collection!!!! When I use them I will do update posts to show you how and when I have used them!!!

Thank you so much Parragon for giving me the chance to review your Life Canvas range! It is beautiful!!!!!