I went to London for hospital and here is a quick small haul from my trip, I didn't buy much because of I didn't have all that money! But still I got a few things.... 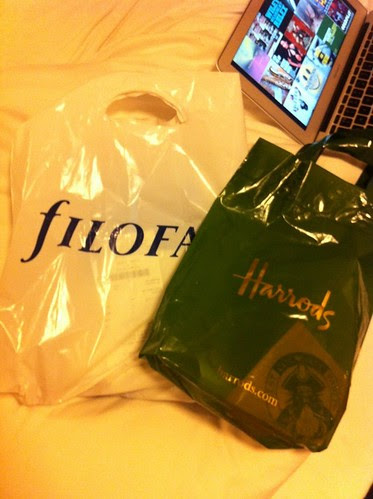 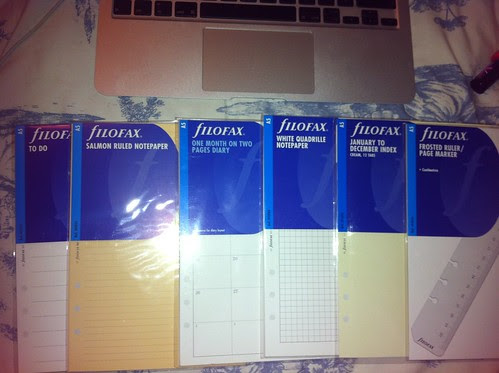 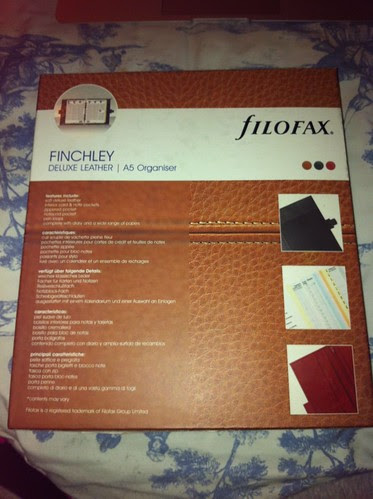 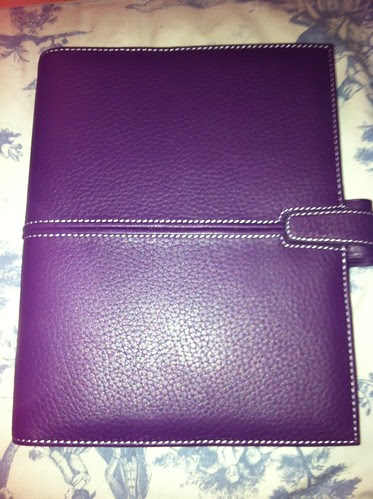 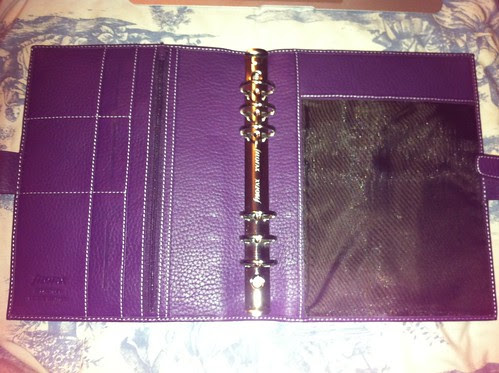 Now the Harrods bag, I didn't take photos of this I just have a photo I found on Flickr, as I couldn;t use my phone to take it as it has it on...durrrrr 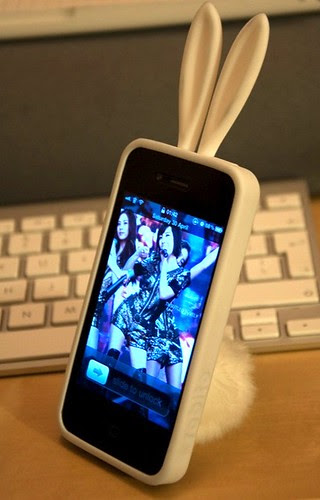 Mine is in pink :-D I have watned this for AGES 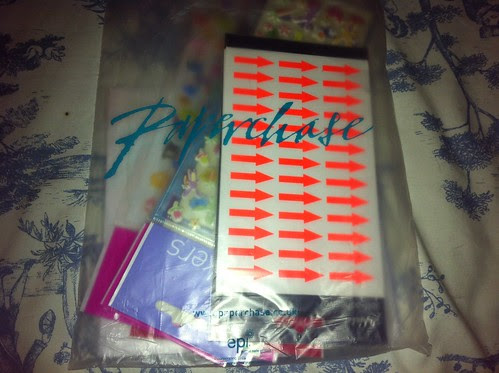 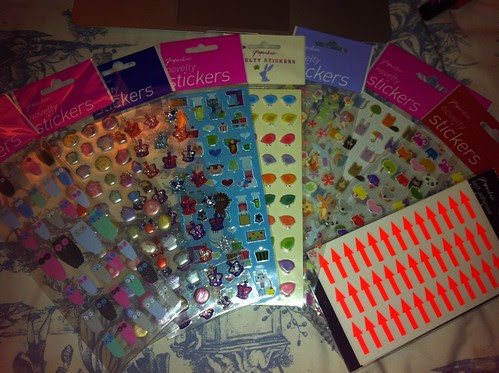 So that was that :-) I had the most AMAZING time ever!!! Best trip to London ever i believe!

Labels: london
Email ThisBlogThis!Share to TwitterShare to FacebookShare to Pinterest

The Day It All Got Too Much!

I am going to do a bit of a sadish post now, I just wanted to share this random thing I just found....

One day in August 2009, I went home to my empty flat, after getting off the bus, and the bus driving saying, "When is the baby due?". I was wearing a sort of neon pink floaty top, I didn't think it made me look pregnant at all, but he seemed to. My ex was out, as usual, he never used to come home, even though we had out own place.

I just felt tears coming to my eyes as I walked down behind the houses to the entrance to my flat, I was rushing trying to get back as soon as possible, I knew I was about to erupt. I got in and just cried, I was crying for HOURS AND HOURS, I just couldn't stop crying. I needed someone to hold me and tell me it would all be ok, but there was no one there, I had no friends that even lived near me to ask for help, I was literally alone! I text my Ex asked him to come home, he wouldn't.

I felt like I was the only person in the world to be going through this, I felt like it was the end, I felt like I had no choice but to end my life, but I didn't, as that would be silly. (I didn't even try or do anything, just the thought was there I felt so low, I am just trying to explain how low and bad I felt on this day).

I went on Facebook, and set up a group for my condition, I was searching for ages to see if I could find ANYONE, but i found nothing, so I posted this on a random group page, I think it was called Intersex, but I had to find someone, just one person!

I also emailed AISSG, just as I felt so alone, I had never messaged them before, but I needed something to make me feel better, to make me feel like I wasn't the only person in the world, I knew there had to be other people out there, but finding them was the hard bit!

At around midnight that night I got a reply from AISSG, it felt so nice just to hear back from someone.

Here is the email I originally sent!


Now I am obviously a lot better, I have never felt that low ever again, I just saw that picture and wanted to share with you my little story!


Have a nice Thursday!

Labels: condition
Email ThisBlogThis!Share to TwitterShare to FacebookShare to Pinterest

No I do not mean Engagement Rings, Eternity Rings, Jewelery Rings, I mean the most important rings in a Filofax persons life! The size of their Filofax rings!

So the standard size in personal I believe is 23mm.....

I prefer to have bigger but not many organisers do have 30mm rings, unless its zipped etc, but then it can get more awkward! And I know that most Filofax people would agree with me on this that we need BIG RINGS!!!

So looking at the Temperley collection from the pictures I assumed, normal 23mm rings as they are both kind of personal sized, one being zipped, one being with a Flex compartment....BUT the rings are not!

Both the Guinea and the Affair are both classed as "Compact" Filofaxes, which means they are slimline personals but with clasps or zips, BUT I really would not class the Affair as Compact as its quite large being the fact it holds an A5 Flex note pad, which is bigger than person which makes it larger.

Now to the point.....it only has 15mm rings! I really was in love with this Filofax until I read that, I could physically not use a Filofax with rings smaller than 23mm, the ones in my Finchley are so stuffed as it is...I need the large ringage! 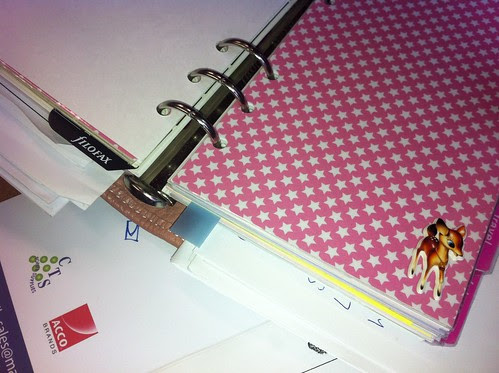 See above...my beautiful Filofax, if I had much more I could not turn the pages, and this has been tried and tested!

(You will remember in my Cuban Zipped video, Damien remembering the ring sizes....just is funny, he really didn't get the whole ring thing) 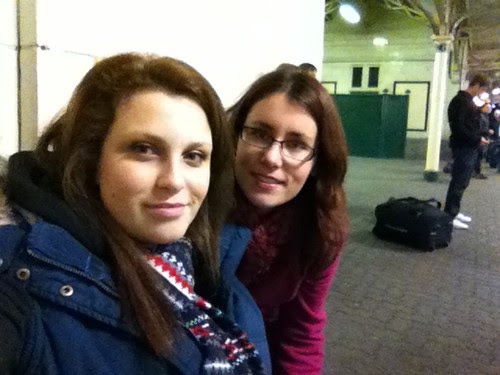 I love Kate....I just saw this picture made me remember our Fun Bristolian Adventure :-)

I was sitting here in my office thinking away when I started to think about Filofaxes.

I was thinking about the fact that outside of the Philofaxy world, NO ONE GETS IT!

Its as if when you are on Philofaxy, or Twitter tweeting at other Filofaxers its our own little world, where the drama all relates to Filofaxes, not who has slept with who, what soap star has had a baby, but Filofaxes, pretty little diaries that we carry our lives in.

But it is like its own world, people don't seem to get it if your on the outside, they humor you, but you can see them thinking (what is wrong with them), but they don't say it!

Does anyone else feel like Filofax Land is its own world....I love it tho!

Labels: filofax
Email ThisBlogThis!Share to TwitterShare to FacebookShare to Pinterest

If Wishes were Fishes...

I was curious earlier as to if someone was given one wish or one thing they can have or do what it would be. I obviously knew people would say money! But I was curious as to other answers people may give, so about an hour or so ago I asked this question on Facebook:


If you could have one wish right this second and you could DO or HAVE anything what would it be?

And the responses I received were interesting...I am not going to mention ANY names or anything, the people who gave the answers are going to remain anonymous!

My two favorite answers were....

I would want _______ (< insert boys name there) :)
&
finding a great boyfriend
Some other examples i got were interesting...


the power to kill 6 people and get away with it....and yes i know who the 6 are...
A million squid
find a great job
Money. Lots of money.
10 bilions pounds
well i would choose to have at least 3 different things, money, love and great job
I don't want to post all of the responses I received.

If I could have anything right now, it would be that special guy I like, nothing material, I like money but I would rather have someone to be close with and care about ANY DAY!

So if you could have ANYTHING you want or anything you want to do what would it be?

Alice seems to be coming out the Rabbit hole....And I am excited

A few minutes ago I saw a link on Twitter for the new Alice Temperley for Filofax Collaboration...

Here is the links


Vogue article
PICTURES
So now I know i said that £375 is alot of money to spend on a FILOFAX BUT......I am in love with the Affair!

It looks like it is a Filofax met with a Flex, then they have created an AMAZING baby!!! I really want it, it looks pastle pink with beautiful Lace over it.......

NOW I NEED SOMEONE TO BUY IT FOR ME!!!

The picture where it is lying down on her desk I am in love with!!! I really really want this Filofax!!! BYE BYE Louis Vuitton....Hello Allice!!! ;-)

So what are your opinions on this BEAUTIFUL Filofax?

Happy Valentines Day <3
I just wanted to let you all know that.......I am going to try and do a How to make toast post later tonight!


It will be thrilling!!!!
I got my first proper Valentines Card :-) It was posted through my door last night hehe....  Just in case you wanted to know
Hope you all have a LOVELY day and all get spoilt! :-)

Where I have been and What my Filofax has been doing.....

So first I will start with a general update.....

January is a mentally busy month in an Accountancy Office, so I have been exhausted and working 6 day weeks, just generally knackered, I still feel a bit like I am recovering! I had a few days off the other week, was nice to relax and have some fun for once!

So now why I have been distracted absent from Twitter, and my blog and Youtube....Well, I have met someone, who is lovely, and I really like him, I have just seemed to of had him a lot in my head, and find it very hard to clear my mind!

So I thought I would do a general Filofax update for you, I am not using it for as much as I usually do as my head is a bit blah....I do not know why, I just seem to have a lot on without doing much!!!

So I am using my beautiful Finchley Vintage Rose!

So I am using two diary formats, German Cotton Cream week on one page with notes, I really like the paper and the fact it has lines on.... very perfect!

And I am using the month to view just so i can write general things down.....Now you will see what I have been doing with my time!

BUT the main thing I am using my Filofax for is To-Do lists, I need to write everything down my brain is utter mush.... I need a proper break away I believe!!

So there is a mini update! Is there anything you want to see, or hear about....comment below and I will do what ever you want...well nearly.....coming soon a Toast Review!