Deco with a BAD History - Filofax!

I shall tell you the story of the Deco, I was sitting there and all of a sudden from the corner of the screen a email came in, 50% off (do not buy from there, Filofax) I got all excited when i saw the Deco and sold 3 Filofaxes to cover the costs!

I phoned the Filofax help line they told me that Royal Mail is a bit behind with post (BULLS***) so we waited another day like they said.....nothing in the post! So we commented grumpily on Filofaxes Facebook page, they told us that there was a "Technical Problem"! As you can imagine we were a bit peed off by now! (I am trying to be very nice here and not say anything too bad).

After being told all this and us being very annoyed my parcel arrived looking kicked about and had a huge hole in the parcel bag! NOT HAPPY!!!!!

Here is the packaging, i didnt upload many photos to show you but you will get the idea! 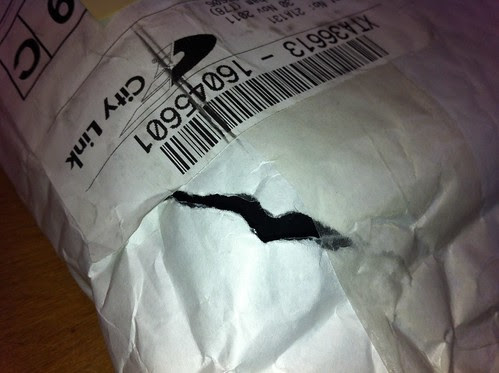 The hole looks alot smaller but when it arrive the Filofax box was sticking out!

There was like a muddy heel print on the back and lots of dirt on it as if its been kicked around in a game of foot ball!

Oh and it didn't come via Royal Mail it came via City Link, and when it said it had been posted on the Monday, on the City Link parcel it had a postage date of 30 November so on Wednesday! They really need to sort out their systems, this is getting RIDICULOUS! Therefore i pledge now that i will not buy anything off that site AGAIN! No matter if they give it away or what!

So i opended it, and oh my it was BEAUTIFUL, i looked inside, and it HIT ME (not actually like jumped out and hit me) I saw the rings were a bit bent! So first of all 2 Cuban Zips with the same problem now a Deco, which is worth £195 I know it was on half price sale but still WHERE IS THE QUALITY CONTROL!!!! I thought maybe i should send it back, but then i realised, the same problem will happen again, i will just have alot of stress and frustration and then i wont even want the Filofax! 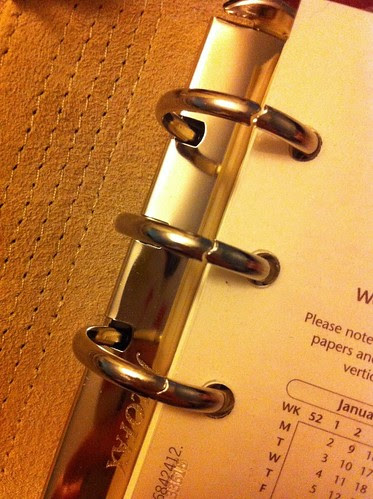 I know that not everyone would think that is bad but the really Filofax geeks out there know that your paper will get stuck on their etc.....

So i asked my dad to fix my broken Cuban Zip as a test to see if he can straighten it up, and he managed it, so with my Deco he covered her in tissue including the rings so she doesn't get damaged and sort of managed to tidy it up a bit! 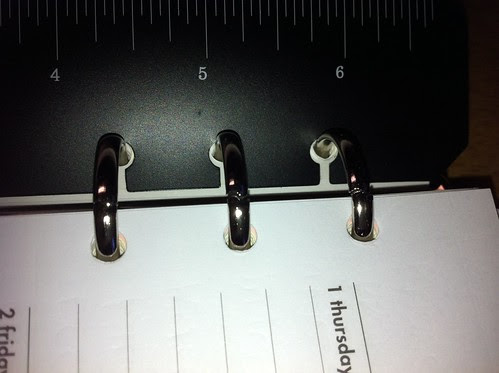 I know to most people it doesn't look too bad but really not impressed, if it doesn't get better i will send it to be repaired but then you never know how it may come back! I don't want to look at this Deco and have bad memories as its SO BEAUTIFUL!!!! I am actually in love with it! (Who needs a man haha)

Around midnight last night i decided to move in! (I went to start doing it around 11:00 but i got distracted by Family Guy and Russel Howard [is that what it is _____ good news?] , i've not watched this much TV in a while lol)

It's just really pictures from here on out! 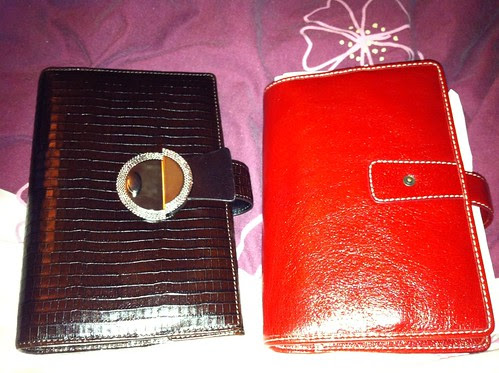 P.s. the Malden won the poll!! But the deco kinda wins over the two! 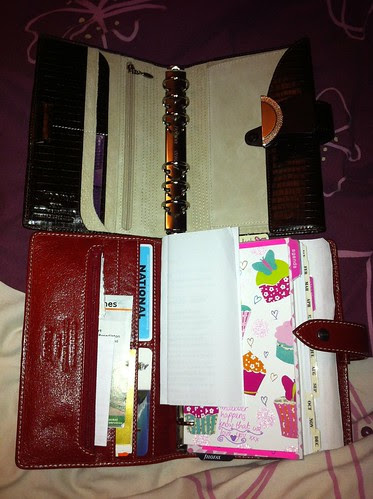 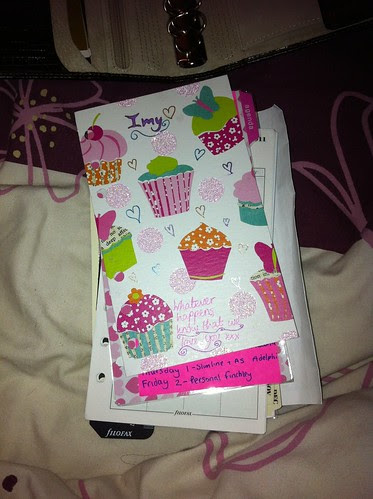 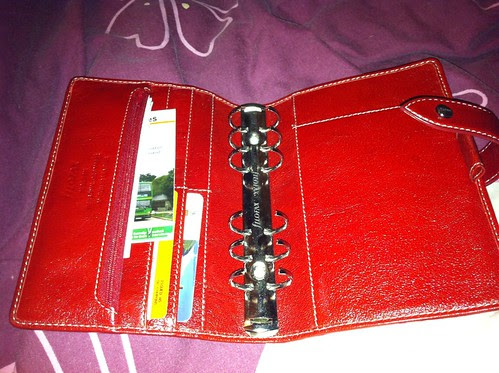 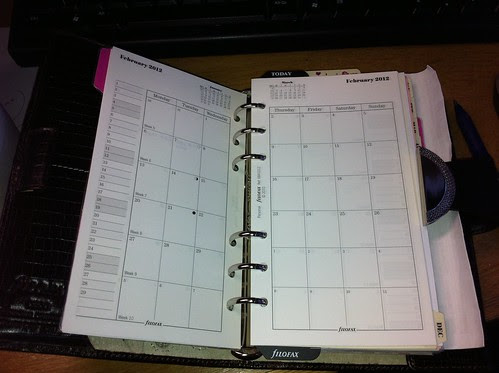 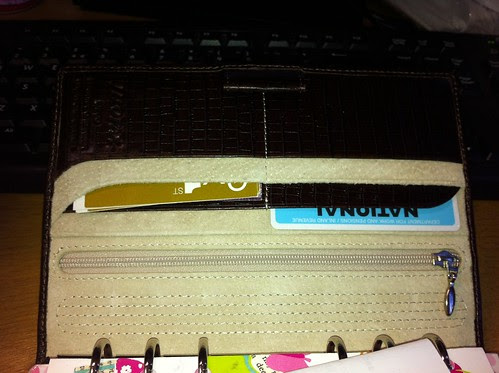 I hope you enjoyed this there will be more on it at a later date!