I bought this Glitter Pen at the same time I bought my Zebra Sharbo X as I really wanted to try it out I had seen it a few times and I was really interested as to how it would write and how much glitter would come out as it was not a gel pen, it is a marker pen (which seems seriously bazar).

I bought it from Cult Pens as usual with all my pen purchases (No I am not paid to say that, I wish I was, but I am not)

I went for the Pink colour. 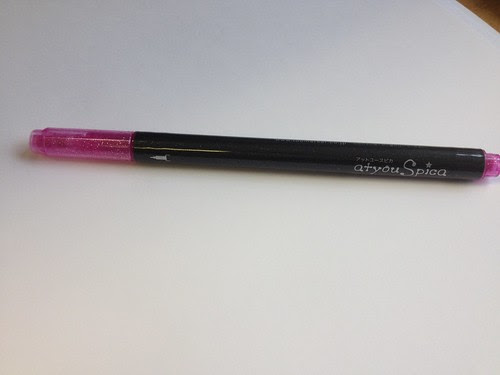 The barrel says "Twinkling like stars" I got all excited when I read that and I was thinking, this will be the most sparkly pen ever. But it was not as sparkly as I expected! 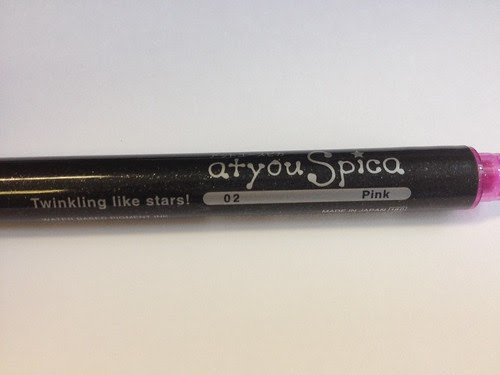 I know the title says Copic Glitter Pens, but looking at the barrel of the pen it says Copic NO WHERE, so I am confused, it does say Top Marker Products a few times, but usually it has at least the brand on the barrel somewhere!

They are made in Japan, which means that they will be ultra magical (as Japan, Korea and China seem to come up with the best stationery!) so I was all set up for an AMAZING experience, you would think wouldn't you!

On the Cult Pens website it has an explanation behind the "at you spica"...

The pen revels in the name 'atyouSpica'! A sparkling piece of translated Japanese - although atyouSpica sounds like a heads-up to a Greek footballer, Spica is in fact a bright star in the constellation of Virgo and gives rise to the pen's slogan - 'Twinkling Like Stars!'.
Which is interesting.... 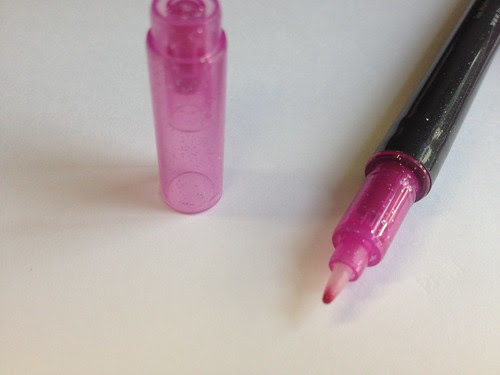 Here is how it writes, I will let you all think about the sparkle before I say anything... 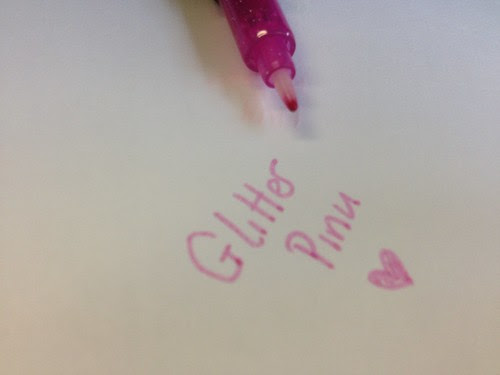 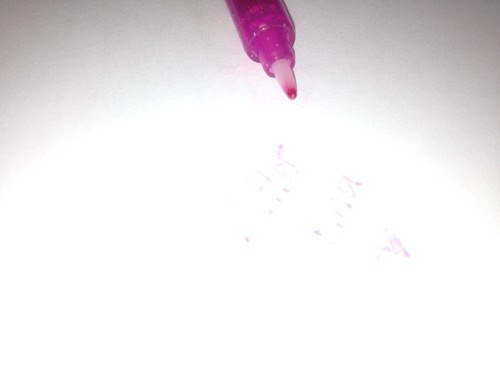 Not convinced it sparkles???

There is a tiny hint of glitter if you look up close, maybe it gets glittery over drying time? I am not all too sure, I do love how it writes though, it feels so natural. I am planning on buying a Dark Blue and Black one to try using as normal pens as I feel they would be lovely for writing in my Filofax!